Juraij and His Mother's Curse

Juraij had got constructed a temple and confined himself in that. His mother came to him as he was busy in prayer and she said:
Juraij.
He said:
My Lord, my mother (is calling me while I am engaged in) my prayer. He continued with the prayer.

The story of Juraij and that of his meditation and prayer gained currency amongst Bani Isra'il (Israelites). There was a prostitute who had been a beauty incarnate. She said (to the people):
If you like I can allure him to evil.
She presented herself to him but he paid no heed (to her). She came to a shepherd who lived near the temple and she offered herself to him and he had a sexual intercourse with her and so she became pregnant and when she gave birth to a child she said:
This is from Juraij.
So they came and asked him to get down and demolished the temple and began to beat him. He said:
What is the matter?
They said:
You have committed fornication with this prostitute and she has given birth to a child from your loins.
He said:
Where is the child ?

They brought him (the child) and he said:
just leave me so that I should observe prayer.
And he observed prayer and when he finished, he came to the child. He struck his stomach and said:
O boy, who is your father?
The child said:
He is such shepherd.
So they turned towards Juraij, kissed him and touched him (for seeking blessing) and said:
We are prepared to construct your temple with gold.
He said. No, just rebuild it with mud as it had been, and they did that. 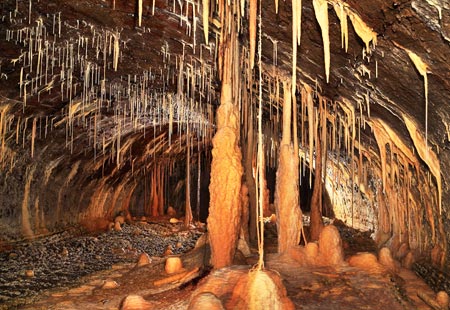